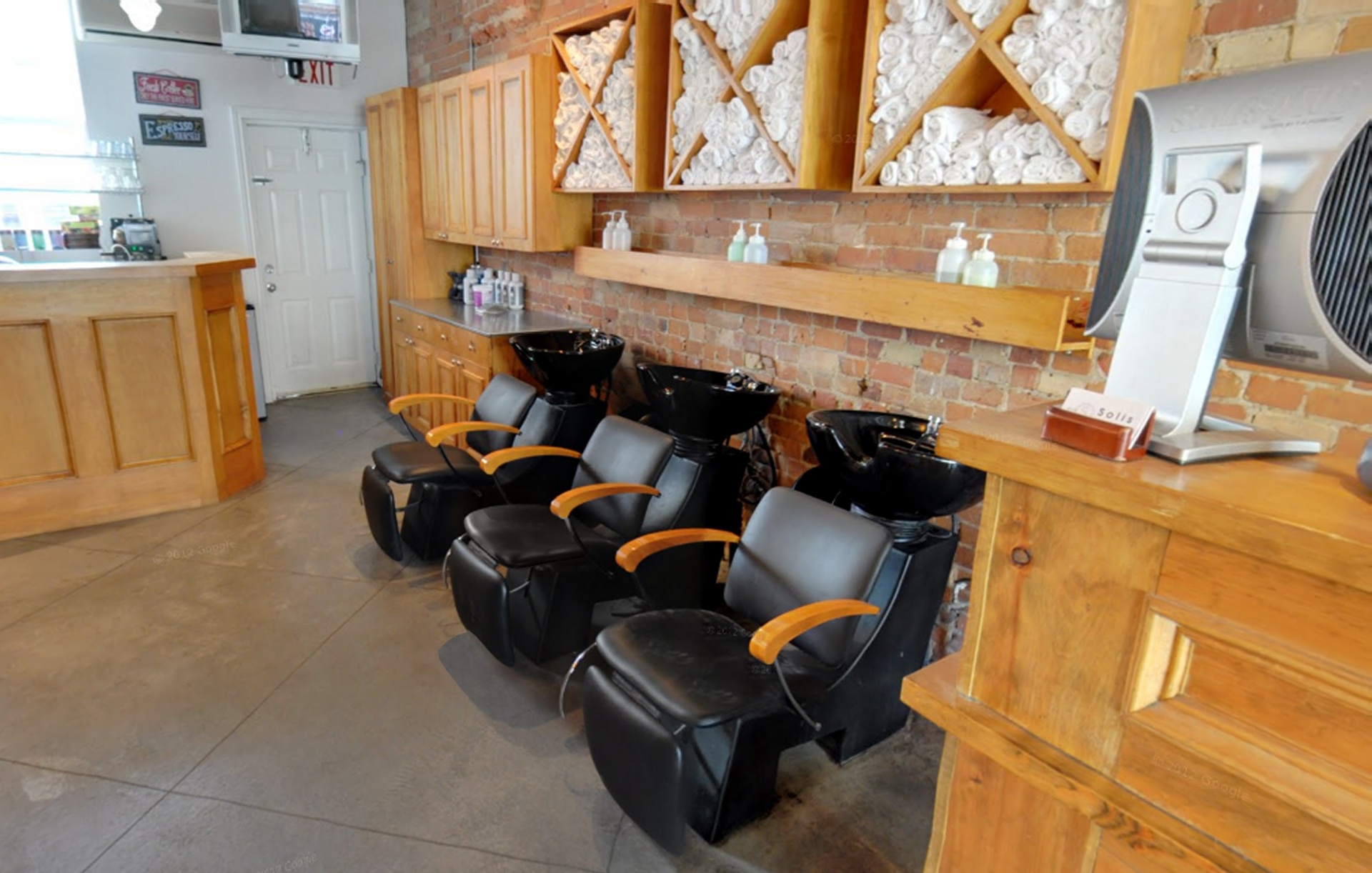 There are many Salons who claim to be “Best In The City” or even “Best In The World”, but at Solis, we have the facts and the statistics to prove it.

No other Hair Salon in Canada has more reviews or a higher rating than Solis. This is not just something we claim, it is an ABSOLUTE FACT that that is recognized by both the critics and the global business directory consortium that is Google Inc.

You can travel across our great nation from East to West, but no matter which city or town you visit, a quick check of Google Maps will always confirm that Salon Solis is the highest rated and the Absolute Best Hair Salon and Makeover Studio in all of Canada!

And if you read our reviews or speak to our clients, they will tell you of how this is not the end of our endeavors. At Solis, we always strive for more, even if it means that we have to become the World’s Best Hair Salon! 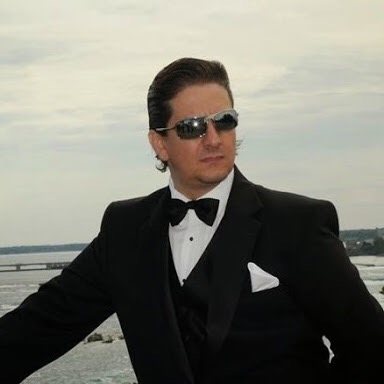 If 25 years in the hair industry isn’t enough, a classic print portfolio and mingling with some of Canada’s top T.V. personalities makes Ernesto Domanico the Top haircutting and makeover hairstylists in Toronto.

Heralded as one of the major figures in Canadian hair, Ernesto knew from his early days that he wanted to be a great stylist. Following his dream, he began a five year internship and opened his first hair salon at the impressive age of twenty-eight. In 1999 he opened his flagship Yonge Street salon which is recognized today as the Toronto’s Best Hair Salon and Makeover Studio.

He has transformed and helped develop models for agencies such as Elmer Olson. His cuts are legendary. Known for his style and passion of his craft. Ernesto’s scissors are SHARP, and his result is absolute. Always one step ahead of the crowd with innovative hair, in many ways, Ernesto is the Andy Warhol of hair design. His vast body of work includes everything from ground-breaking glam rock and hard-edged Goth to chic romantic futurism, with looks ranging from the subtle and soft to the sleek and crisp.

He has given himself to hair design, and the results speak for themselves. Throughout his hairdressing career Ernesto has revelled in his craft and has worked in visionary ways to revitalize the hair industry in Canada. His session work is featured nationally, and he frequently participates in shows and seminars, presenting his cutting edge designs and creative techniques to a wide and appreciative audience. 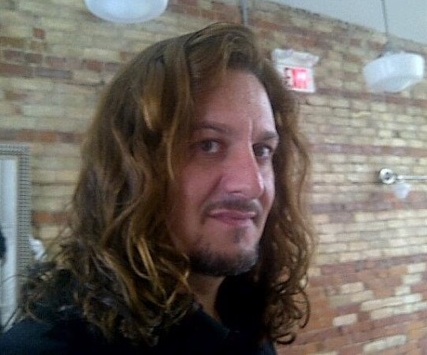 Ernesto’s unique hairdressing talents, professional approach and marvelous personality make him the obvious choice to inspire the next generation of stylists. He’s passionate about hairdressing and works hard to bring people forward in their craft. Ernesto’s team of enthusiastic young professionals, burning with ideas, ideals and talent, are proof of his belief that hairdressing is a way of life – not a job!

A recipient of the prestigious Canadian Avante Gard Hairdresser of the Year award, in the world of hair Ernesto is haute couture and is best known for creating glamorous red carpet looks. But versatility is his forte. He also has an eye for the “here and now” and can make a client look glamorous, sophisticated, casual or tailored. He is respected for his classic styling, beautiful cuts and renowned for the best blow drying and polished finishing in Toronto. 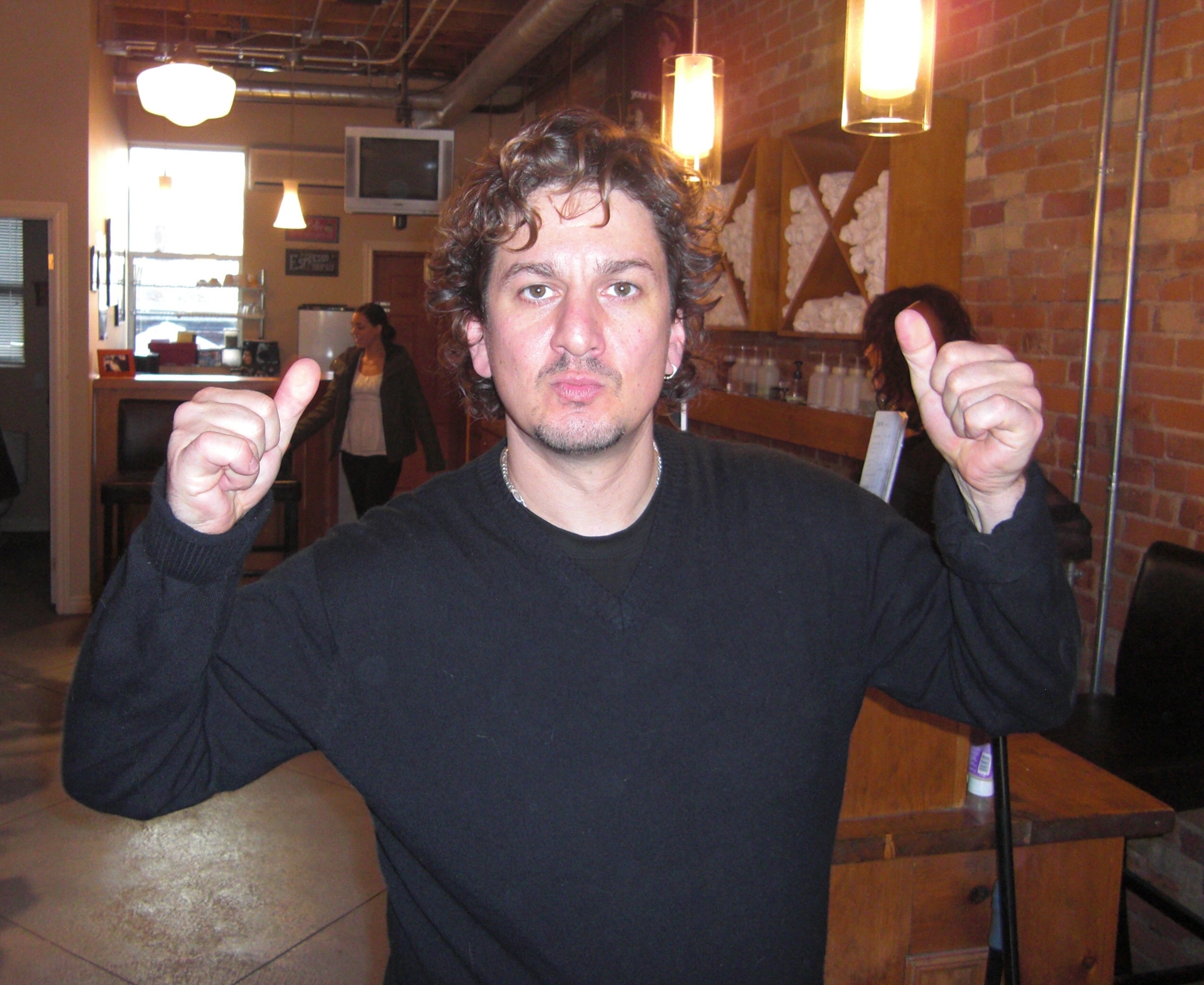 When you sit in his chair, be prepared to be blown away! 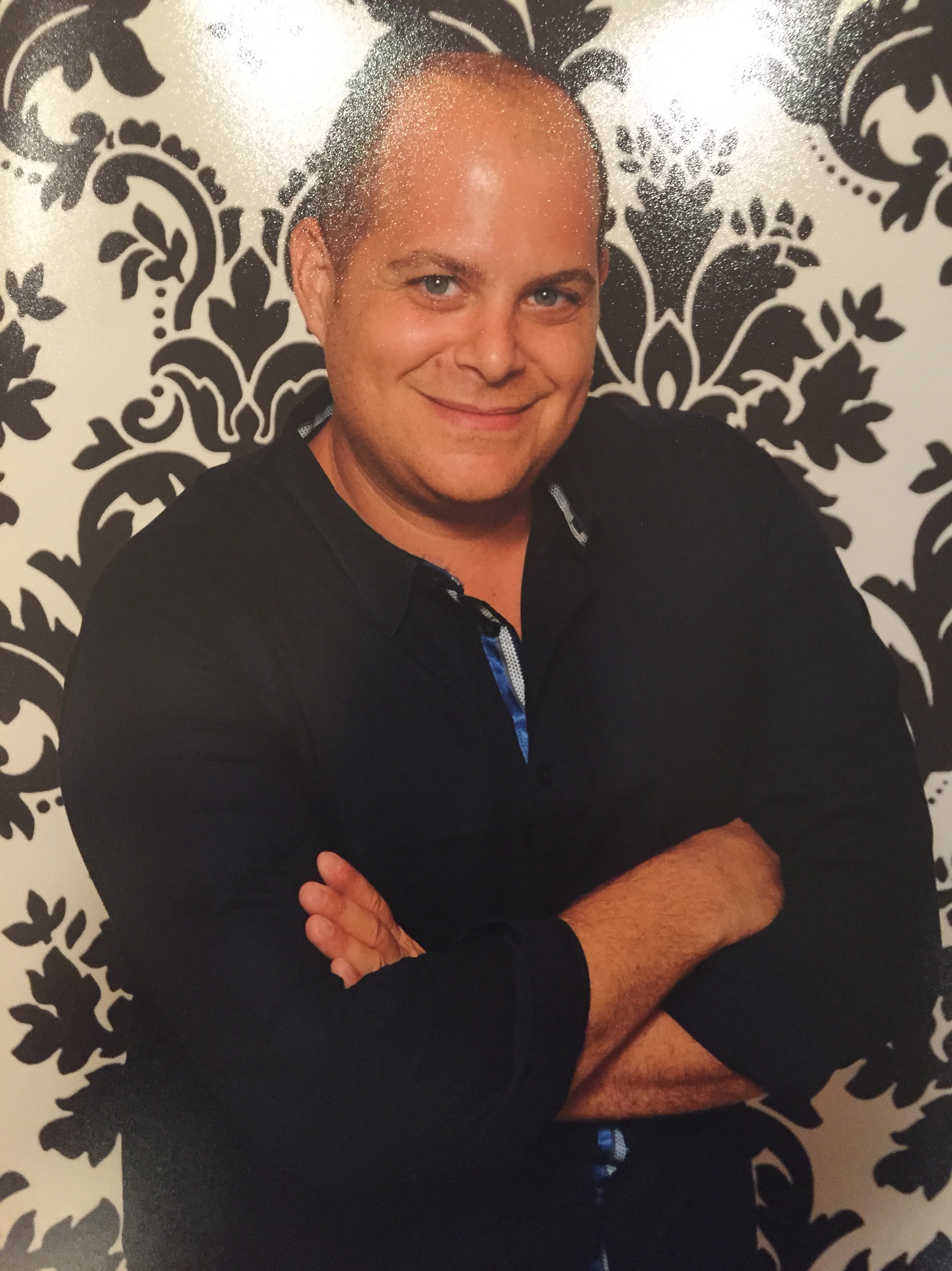 One of the guiding lights in the world of colour design, and for more than two decades, Dino has been colouring the world beautiful. Renowned for his sensitivity to depth, texture and natural shine, his name is synonymous with beautiful colour and well-conditioned hair. He has won a number of awards in recognition of his work, and his colour collections are seen regularly on television and in the fashion/beauty press. 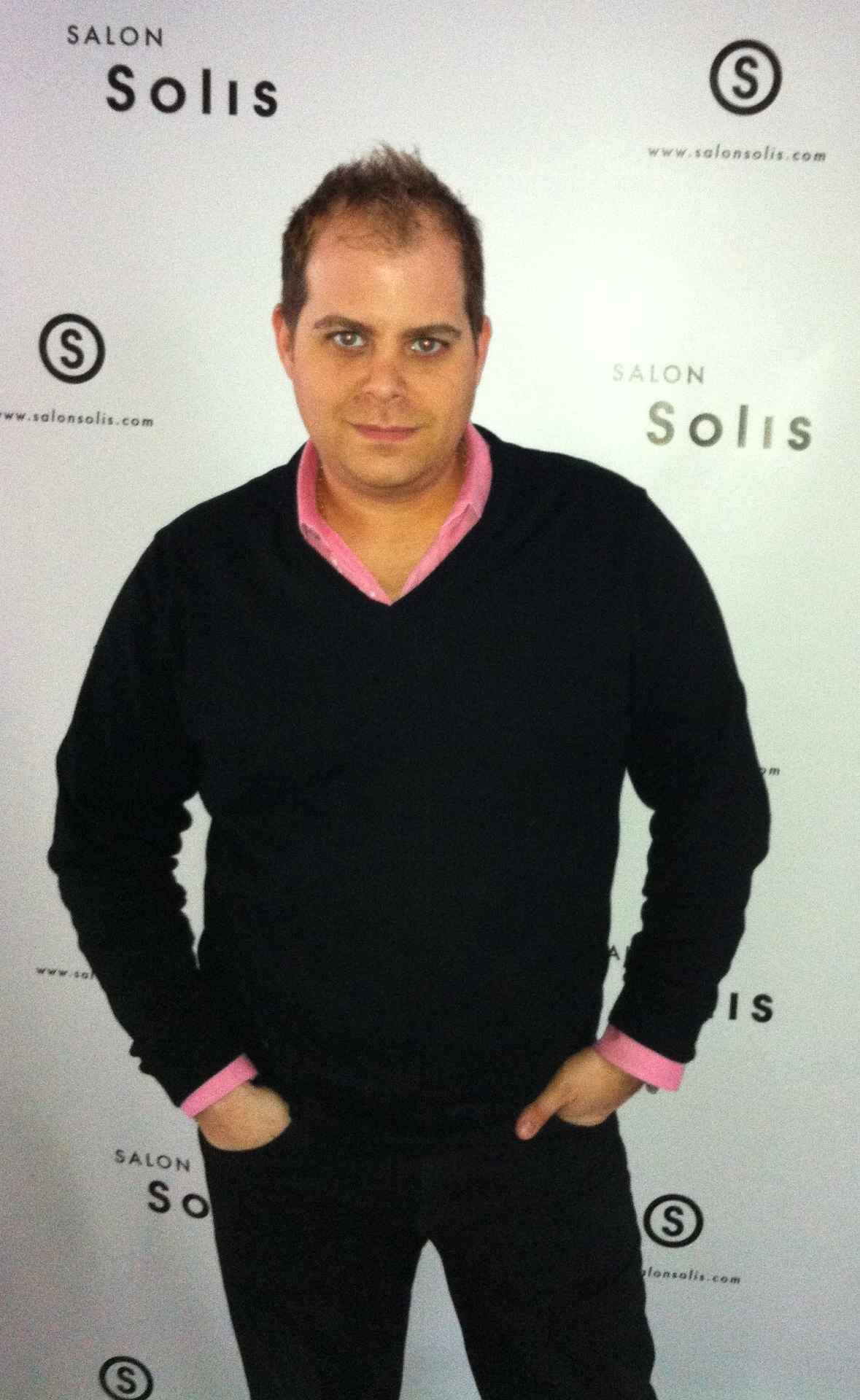 After study as a Colour Technician, Dino made his mark in colour correction and colour makeovers. Over the years his specialties have evolved to include dimensional colouring, blondes, ombre and balayage – among others. Dino’s vast range and professionalism has allowed for him to work with and to influence some of Canada’s top Actors as well as Top Modeling Agencies (including Elmer Olsen). 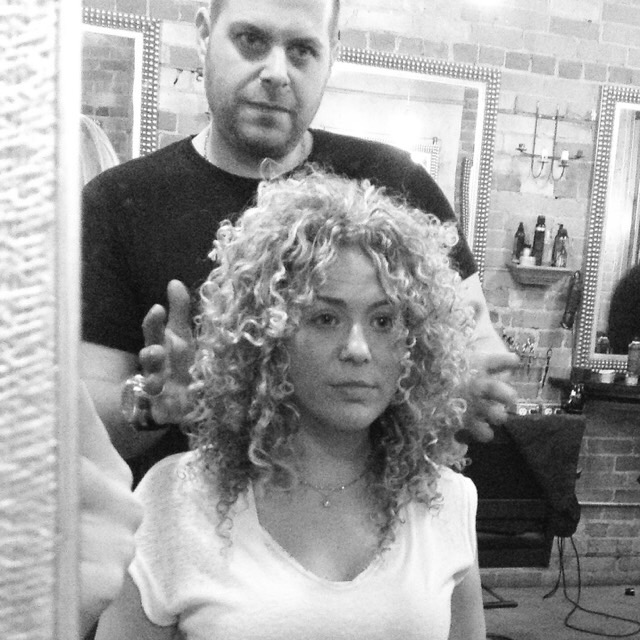 With his unprecedented knowledge and understanding of hair colour and its structure, Dino expertly addresses the needs and demands required to achieve beautifully coloured hair with superb condition, and unparalleled colour magic.

His drive and creativity were always embedded in his work, and at an early stage Dino knew he wanted to be in control of his own creative direction. Dino co-founded Salon Solis in 1999 to share his own unique style with thousands of dedicated clients, including top models who regularly turn to Solis when they have to flaunt multi-coloured tresses for magazines and photo shoots.

Ernesto is an expert!

Made me look magical in a few minutes.

My results were amazing!

I had a wonderful hair highlighting experience with Dino Tolentino. I appreciate the time he spent to give me a second consultation to ensure that I fully understood the colour.

I have very thick frizzy dark hair and went to Ernesto for a much needed hair cut. He's like Edward Scissor hands.

Dino and Ernesto are simply brilliant

I love this Salon so much I moved from Toronto and would still drive for 2 hours to get my hair done here.

They did it again!

Ernesto and Dino are truly the best in town ... I'll never go anywhere else to get my hair done!

I did my highlight with Dino, we spent a lot of time on figuring out what I exactly like and it came out as how I imagined. Very satisfying.